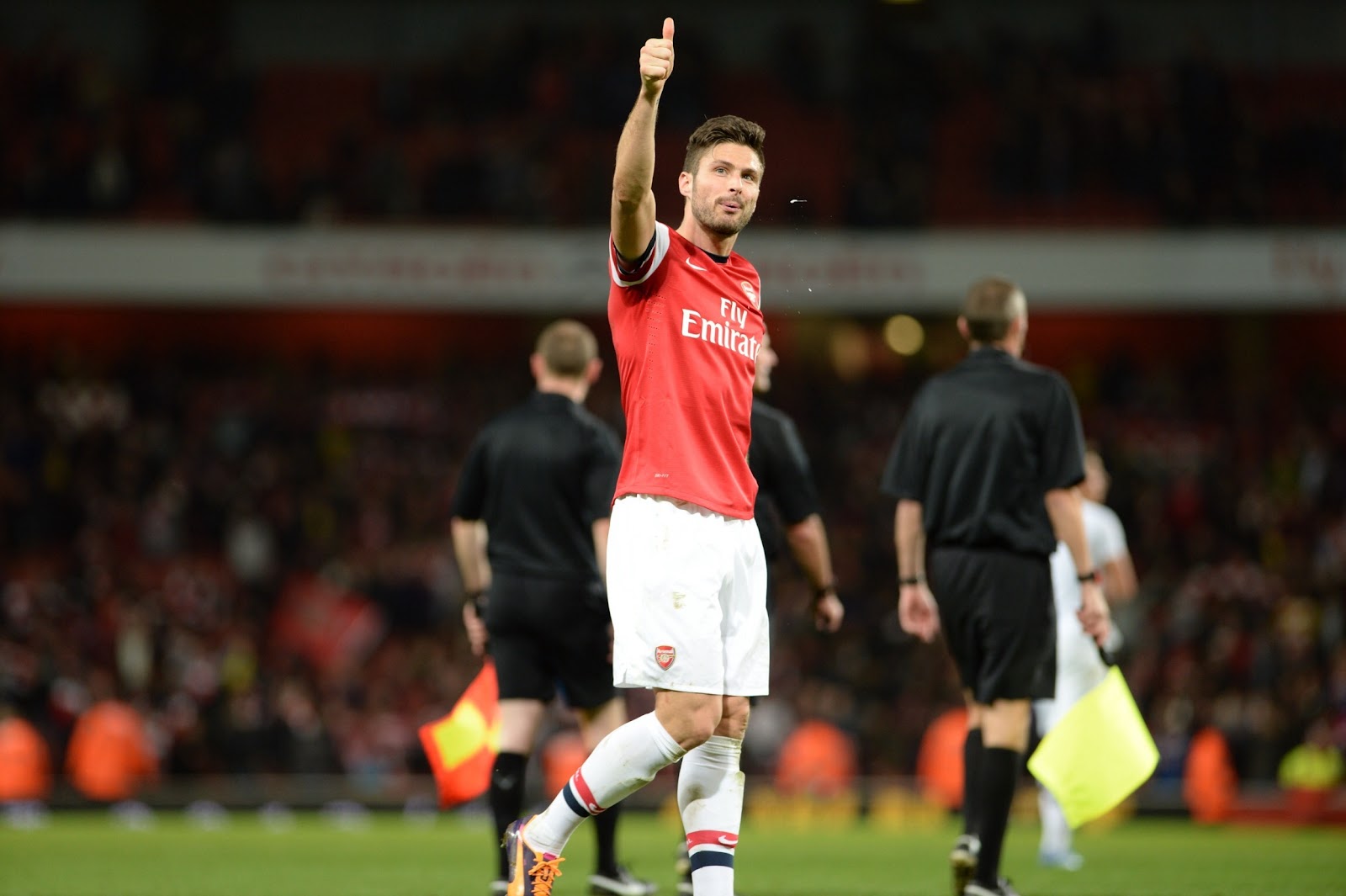 Arsenal and French international striker Olivier Giroud has fallen behind Theo Walcott for the center forward position at his club. It is a new experience for the 29-year-old and one he is determined to overcome. High on confidence after scoring two goals in France’s win over Denmark on the weekend, he is keen to win his place back.

Last season things were completely different for Giroud, he was Wenger’s first choice striker for Arsenal. Walcott who has taken his place was playing on the right-wing. This season Walcott is playing in what he believes is his best position as center forward, and its working so far. The punters that have backed Theo with free bets to score since he has stated up front are reaping the rewards.

Theo Walcott has so far this season scored a total of 7 goals in 13 games for his club and country. In his last 14 starts in the Premier League, he has managed 12 goals. In 11 appearances in the League, Olivier has managed just 3 goals so far. It has led to many Arsenal fan complaining about his inconsistency.

At the start of the season the striker was the number one choice for center forward. He stated the game at West Ham which ended in defeat. The following game was against Crystal Palace which the Gunners won thanks to a goal by Giroud. After that came the home draw to Liverpool and since that game he has only started twice. These two appearances came in the Capital One Cup and Champions League.

At present it does not look likely that the charismatic Frenchman will be forcing his way into the team over the short-term. It is an experience that he has never had to go through before due to him been a guaranteed starter at Tours and Montpellier. It has affected him hard mentally but it is a challenge he is looking to overcome soon.

Giroud believes that Manager Wenger still has faith in him but at the moment while Theo is scoring, he will have to wait his turn. Most free bet sites agree, with the young England striker odds are he will keep his place.

Arsenal currently sit second in the Premier League after 8 games played. There next trip is an away game at newly promoted side Watford. It takes place this Saturday and they are the free bet offers favorite to win the game.

Several matches have now passed where the French striker has played less. He believes it’s just a matter of time and with a few more minutes under his belt, he will be back on goal scoring form again.

Walcott is the odds on favorite to start and score in the game at the weekend. It may be worth putting on a free bet for Olivier to come off the bench and score. You will get great odds and he is definitely worth a punt.

This article was written by sports author John Hawthorne. Originally from Canada John loves watching the latest EPL match wherever he is. John writes as a profession and currently contributes his writing to a variety of freebets websites.