Szczesny was quick to pick up his water bottle – an unconscious reaction – after Southampton scored the second goal in a 2-0 defeat at Saint Mary’s. It was the first game of the year, and if you had predicted Arsenal’s 2015 by that result then you definitely were on the wrong path. 2015 has been tremendous with positives to finish the 2015/16 season better than the previous season.

Arsenal played a total of 55 games in the calendar year. They lost 12 games, drew 6 and won 37 games. They played 38 Premier League games and ended with the following good records:

These are my best Arsenal moments of 2015:

Petr Cech was tired of the buses at Chelsea; he needed to be a member of a family – a football team, not a bus team. The oil lord sanctioned it with Mourinho fuming. Petr Cech has been a wonderful signing since his arrival to Arsenal. He must have saved 15 points already for Arsenal as proposed by John Terry. His arrival relegated Ospina to the bench and sent out Szczesny on loan to Roma. I wonder how the first half of this season would have been without the gloves and hats of Petr Cech.

The Gunners have been criticized for their failure to win big games away from home. They answered emphatically at the Etihad in January, with a first victory at Etihad Stadium since October 2010. Goals from Cazorla and Olivier Giroud secured the win. That was the beginning.

Mathieu Debuchy was injured in the 3-0 win over Stoke City in January; it was a gateway for young Bellerin to deputize for the injured French man. He took the chance and never looked back. His first game was against Manchester City but his goal against Liverpool still plays on auto-replay in my memory. Blessed with pace, the Spaniard can be electrifying in attack, decisive in last-ditch tackles and has an eye for goal. His rise has made life difficult for Debuchy who is worried about missing the Euro 2016. Will Debuchy leave by January?

He may not be selected by the teeming Arsenal fans as the player of the year, but Francis Coquelin has risen from the fringes of first team football to being a key member and one of the first names on Arsene Wenger’s line-up in 2015. Tenacious in tackling, obedient in duty, Le Coq has given the Arsenal attacking midfielders the license to attack while he sits back and mop up every kind of attack coming from the opposition. This was his year – his breakthrough year for Arsenal. The 24 year old will hope to bounce back in time to help Arsenal finish strong in the season and hopefully be at the EURO 2016 in his homeland. 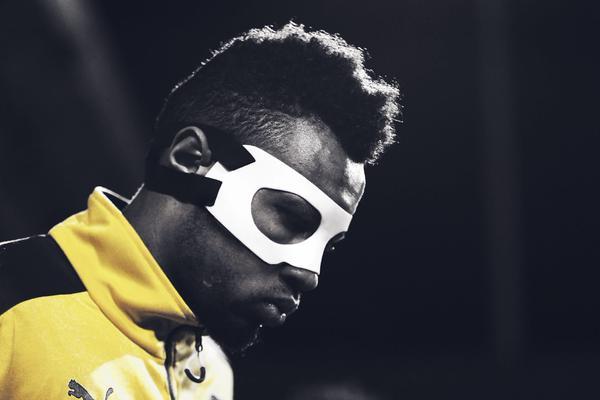 Philosophy arrived with his stern face and defense. They had the best defensive record and looked set to follow Sir Ale Ferguson and David Moyes template. They were stunned by 3 quick first half goals. It was a major statement to the title race and punches holes to Van Gaal’s philosophy. De Gea couldn’t save them just as he did last year

No doubt, the best team currently is Pep Guardiola’s Bayern Munich. A win over such team especially in a competitive game should be one of our best moments of 2015. Olivier Giroud and Mesut Ozil got the goals but you surely will not forget Bellerin’s pace for Ozil’s goal.

Arsenal threaded the difficult part in the group stage of the 2014/15 UEFA Champions League by losing their opening two games of the season to Olympiakos and Dinamo Zagreb. A 2-0 win over Bayern at the Emirates was replied with a 5-1 whitewash in Munich before a comfortable victory at the Emirates against Zagreb. But the Gunners had to wait till the last day to secure qualification to the 2nd round of the Champions League. Olivier Giroud got his first hat-trick for the club as Arsenal ran away 3-0 victors. This was a day after Manchester United were happy to be relegated to the Europa League.

Come May 2016, after Arsenal have lifted the League trophy, Mesut Ozil should be given the given the Player of the year by the League – if not before then. The German has orchestrated Arsenal in 2015 and is breaking every assist record that once was in the history of mankind. Tell me an Arsenal player who has not be assisted by Ozil and I will show you the chances he has missed. The world cup winner is in such vein of form that pundits have been eating refreshed humble pie weekly. He glides into the game like the oil in a machine, seeing what nobody sees and creating chances upon chances. He is the lord of assists and god of chances created. Nobody is fit to lace his boots – except Flamini his buddy.

Arsenal had defeated Chelsea in previous years but a win over any team managed by the proud egoistic one should surely be on my top 10 list. The FA Cup win gave Arsenal an opportunity to face Chelsea in the Community shield and the Gunners made Arsene Wenger proud as he registered his first ever win over Jose Mourinho. Alex Oxlade-Chamberlain got the winner. That was the beginning of the end of the Portuguese stay in Chelsea because he has been fired for being consistent in poor results – one league win per month – languishing in 16th position. That victory in the Community Shield was an elixir to all the negative comments from the shameless one. The handshake snub was great too.

If the 2014 FA Cup was a fluke, 2015 was a statement that Arsenal are back in the trophy winning business. A 4-0 routing of Aston Villa wrapped up the 2014/2015 season. The goals were crazy but the atmosphere was awesome. The belief has returned and the drive can been seen in every game played this year by the team. This surely is the best moment of 2015 – An addition to the trophy cabinet. Hopefully we go one step further to win the Premier League.

Feel free to share your best Arsenal Moments of 2015