All is numbers – Pythagoras

Football and numbers are interwoven. Arsenal launched their new home kit and announced the signing of Granit Xhaka but the recent change of numbers is having a separate kind of buzz.

Alexis Sanchez took a  cut from jersey number 17 to Rosicky’s jersy number 7. He had to wait two full seasons for Tomas Rosicky to leave the club before the change. Maybe that was why he was so happy in the last game against Aston Villa. TR7 looks better than AS7 but never mind. 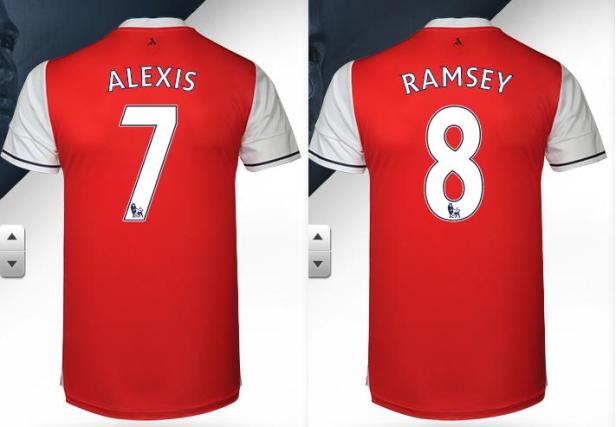 So Xhaka happened and he has “34” tattooed on his body. That could be good or bad news for Coquelin. Francis Coquelin is most likely expected to take a cut to a lesser number. It was rumoured to be Arteta’s 8 but Aaron Ramey slashed his “16” and took a 50% cut. The Welsh will wear jersey number “8” next season. GX34 loading. AR8 done.

So what happens to Coquelin? Will he take Ramsey’s 16 or Flamini’s 20? Flamini is yet to officially leave but we know how it will end. After all, the billionaire’s name is not in the kit builder on Arsenal’s website. The Ivorien 27 is still available.

If Debuchy leaves, will Hector Bellerin take a cut from “24” to “2”?  If Szczesny remains in Rome, will Cech cut down to “1”?  Will Iwobi still carry the weight of 45 on his back? He needs to cut it down. Who will wear Eduardo’s 9?

When was the last time Arsenal immortalized a number? I think Bendtner’s 52 has been immortalized. One Lord.

2 thoughts on “Number Cuts and Thoughts”