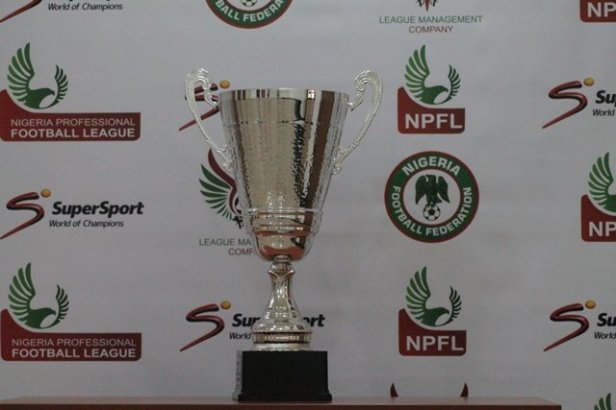 From the top of my hotel I could see the sunrise and the the tip of the cross on the cathedral opposite creates a beautiful image with the beginning of the day.

It is a new day in the coal city of Enugu and it promises to be a jubilant one when the sun sets. 32 years without a trophy – not as bad as Chelsea’s – and the jinx is set to broken as Rangers need just a point over El-kanemi Warriors to be crowned champions of the 2016 NPFL.

32 years ago, I only existed in the 4th realm and had no body but today I will be at the Nnamdi Azikiwe Stadium – the Cathedral, as it is called by the fans – to see the presentation of the trophy. It is very unlikely that Rivers United will perform magic in Uyo. Even at that Rangers need to lose today. Impossible.

Yesterday, I wrote about the presentation and other expectations of the final day of the season. I believe the authorities have noted and would provide the best coverage.

In other venues of the final day, Rivers United would hope to defeat Akwa United in Uyo to at least get a continental ticket. Wikki Tourists host Sunshine Stars. MFM have their survival in their hands with the visit of FC IfeanyiUbah who also need a win to secure a ticket to the continent. Heartland need a win in Jos and Warri Wolves need more than that against Ikorodu United. Dicey last day.

In the Premier League, Isaac Success scored his 1st goal for Watford in their 2-2 draw with AFC Bournemouth. Victor Moses started Chelsea game in over 1000 days as they were 2-0 winners. What of Ahmed Musa? Is he forgotten at Leicester?

Today, Arsenal travel to the Turf Moor to face Burnley. A 2-0 win will just be fine before the international break. I don’t expect Wenger to change his starting 11. Giroud is out but will Perez get to start or even play? Let’s continue the #Wenger20 celebrations.

It is going to be a busy day. A 32 year jinx will be broken. Relegation will be confirmed and many more.