“…Cazorla’s corner is lofted into the Chelsea box, mishandled by Courtois, the Belgian goalie. Terry scrambles it away but it ricochets off Sanchez to Fabregas’ path who tries to starts a lovely counter only to square the ball to Aaron Ramsey who wastes no time in putting Sanchez through for a sublime finish….goal…goal…goal… ”

The shout of goal woke my flat mate up and he rushed in to wake me up from my slumber. I had a smile on my face – a smile i hope Wenger will have after the 90 minutes encounter with Mourinho at the Emirates on Sunday. It was a dream but there is no Gunner that won’t have a dig at Chelsea if Mourinho loses on Sunday to Wenger especially for those who have added Cesc Fabregas to their black books for joining Chelsea. 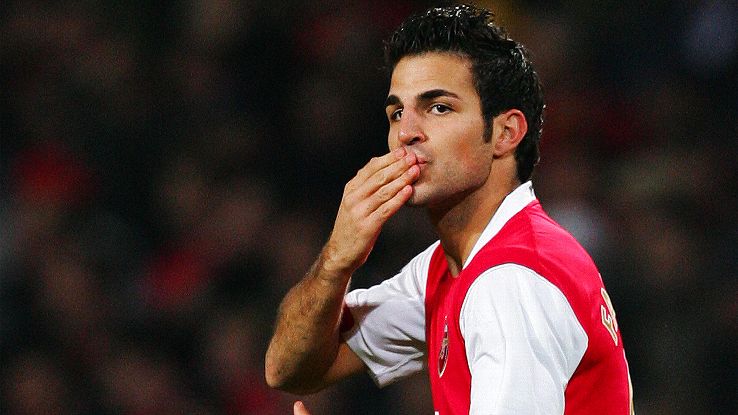 I still remember how we lost 3-1 to FC Barcelona in a game that RvP saw red. Fabregas assisted Xavi et al in one of their goals and i would grin from east to west if he assists Sanchez or Ramsey to grab Arsenal’s winning goal. Virtually every player is a mercenary. Forget those quote of love for the club. Money answereth all things.

The game is almost all about Jose and Arsene. 12 times the two coaches have squared up against themselves, 12 times with the same club, 12 times Wenger have failed to win the Portuguese. This will be their 13th affair and Wenger will hope it doesn’t end up like the 12th, where he shoved Mourinho like a little brat in a 2-0 lose or his 1000th Arsenal game where he had 6 for dinner.

Arsene may down play the fact that it is about Mourinho and him but we all know deep down that he longs to grab Mourinho by the scruff of his neck and shove him off to a good defeat – maybe a 6-0 payback. Will Wenger get his first win over Mourinho?

The gunners are in form and this might be the best time to start a new record. The FA cup final looks a more certain path to Silverware with Aston Villa the last stumbling block but the Premier League is 10pts away. This 10pts can be reduced to 7pts if and only if Arsenal defeat Chelsea on Sunday.

Mathematically, if we win, it [the title] will be possible, but Chelsea have their future and the championship in their hands. What we can do is get closer to them, and we have an opportunity to that at home. We want to take it. – Wenger

Chelsea may go on to win the League but Arsenal must finish the new habit of winning against the top4 with those victories over the Manchester brothers and the Red half of Liverpool. 8 straight wins in the league is no ordinary feat, though Chelsea are unbeaten in their last 12 games. A victory on Sunday will move the Gunners away from Manchester City and Manchester United and most likely give them a better place in the UEFA champions League seeding following the new seeding system.

The race for the PFA player of the year is on and Hazard seems to be leading the race with Sanchez and Kane chasing vigorously. It will be a showdown for Hazard and Sanchez. One will need to outplay the other to make a case for that award. Chelsea’s regular 1-0 Hazard wins will be enough especially if it is aided by the opposition goalies gifting them a cheap goal. Sanchez will need to be on his bestest best and make Chelsea pay for their sins with nothing less than a brace. It will be fun to see Terry and Ivanovic turned around by the Chilean.

This game will also give us a good comparison between Matic and our new found detective Coquelin. Le Coq’s assignment will be to arrest Fabregas, obstruct Hazard and prepare the table for Cazorla and Ozil to confuse Matic. Coquelin has been on a meteoric rise and there is no better game to showcase your talent than against a bitter rival.

There will be no Costa and Remy but Gabriel and Koscienly must keep Didier Drogba in check. He seems to always have Arsenal’s control numbers. The gunners must be ready for any Chelsea counter attack because Mourinho’s game plan at the Emirates have always been defensive.

In 169 matches, Arsenal have won 66 compared to Chelsea’s 55 with the 6-0 defeat being Arsenal’s greatest loss to the West Londoners. Will the gunners make it their 67th win? 90 minutes will tell.

A win will surely have its positive in my new week. Come on You Gunners.

Enjoy and get ready.