It is never easy waving goodbye to someone who has given a football club good and loyal service but in a few weeks’ time, Arsenal will have say ‘au revoir’ to their long-serving midfielder Aaron Ramsey.

The Wales international has spent 11 seasons at the Emirates but earlier this year signed a four-year deal to move to Italian giants Juventus where he will become official teammate to Cristiano Ronaldo on 1st July.

During his stay in North London, he has contested four Wembley cup finals and experienced Champions League football under the guidance of former Gunners’ boss Arsene Wenger.

He has played in more than 250 Premier League fixtures for Arsenal, become a regular for Wales, and overcome a terrible injury suffered while still a teenager.

Although there were no Premier League winners’ medals for the player born in Caerphilly on Boxing Day, 1990, he was part of an Arsenal squad that finished third on three occasions, and second once.

Ramsey he will be best remembered for his exploits in the FA Cup. At the age of 17, while still at Cardiff, he was a second-half substitute in the final against Portsmouth who ran out 1-0 winners, with former Gunner Nwankwo Kanu netting the only goal.

Less than a month later he had signed for Wenger who beat off the attention of his great managerial rival Sir Alex Ferguson to secure the youngster’s signature in June 2008.

Ramsey had apparently been a Manchester United fan as a youngster, but he still chose to ply his trade at the Emirates where he would contest three more FA Cup finals. These produced victories over Hull City, Aston Villa and, most satisfying of all, Chelsea.

Twice he scored the winning goal at Wembley, first against Hull (2014) in Arsenal’s 3-2 extra-time triumph, and then three years later in the 79th minute when the Gunners beat Chelsea 2-1. He also played the entire 90 minutes in the 4-0 hammering of Villa, although he failed to make the scoresheet.

There was one other major club occasion for Ramsey who finished on the losing side in the 2018 League Cup final (Carabao Cup) when Manchester City ran out easy 3-0 winners. 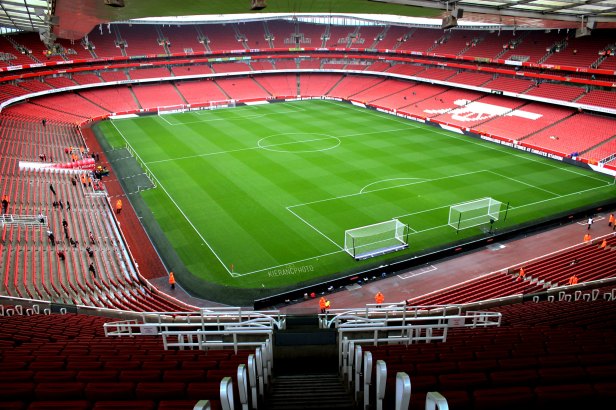 Source: “The Emirates Stadium” (CC BY 2.0) by Kieran Clarke

And there were also many great moments playing for his beloved Wales at international level.

A key highlight was undoubtedly the 2016 European Championship when Ramsey and Gareth Bale inspired the principality to the semi-finals, where they lost to eventual winners Portugal.

Ramsey unfortunately missed the last game having picked up a second yellow card during the quarter-final against Belgium, but his prowess undoubtedly assisted the team in making it that far.

Wales are expected to reach the final stages of the competition again in 2020, and a quick assessment of the latest international football betting suggests it will be them and Croatia who will progress from Group E.

At the time of writing, Bet365 believed Wales would finish second in the table behind the team that missed out in the 2018 World Cup final.

Yet all those great occasions Ramsey enjoyed during the past eight years, with perhaps more to come in the future, would have appeared nothing more than a pipe dream when he was stretchered off the field at the Britannia Stadium in February 2010, following a tackle by Ryan Shawcross who broke the tibia and fibula bones in the Arsenal player’s right leg.

Somehow, just a few weeks short of his 20th birthday and nine months after suffering the terrible injury, Ramsey was playing first-team football again. Loan spells with Nottingham Forest and Cardiff City paved the way for his Gunners’ return in March 2011.

What followed next were eight great years in a red and white shirt. For that, all fans of the club should say ‘thanks’ to this loyal servant and wish him well as he continues his career in Turin.

As written for SoccerGunz by Ojo Olayiwola of Flaming Hairdryer

One thought on “Ramsey: Time to say ‘good bye and thanks for the memories’”