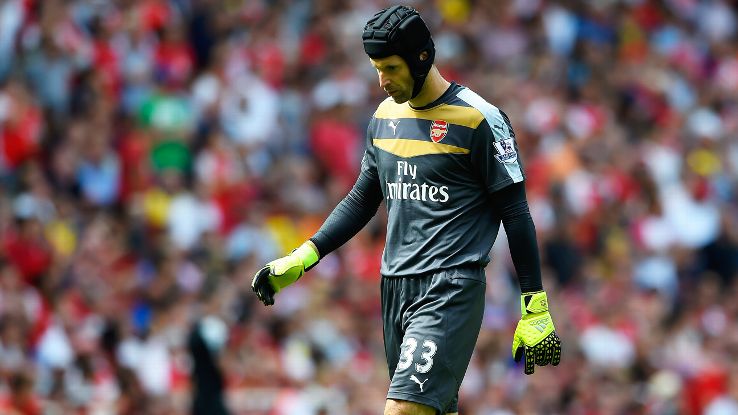 Buoyed by the 2015 form, 2nd half of the season sprint, pre-season wins and the capture of Cech from Chelsea, the feeling was good about Arsenal putting up a more decent challenge this season compared to the lat 7 or more years.

Chelsea were stunned yesterday with a 2-2 draw under the Bridge with the man who made Cech leave getting his marching orders after conceding a penalty. The season looked scripted for Arsenal to go tops today especially seeing a scrappy win from the Philosophical one on his birthday.

But the much awaited 4-0 hammering of the hammers was never to be as I predicted in some platform. Everything seemed to have gone wrong. It was as if the team failed to train or as Wenger said, they lacked the basics. Passes were misplaced and there was a degree of selfishness exhibited by a couple of players.

Simple passes were made complicated and little things became difficult. When Westham scored, I only though of Szczesny and how he would have been smoked or buried alive. He may be smiling now in Rome. Well, Cech didn’t grab any water bottle, but it seems there was a bit of overconfidence in the air and the hammers had to wake the Gunners up from their preseason slumber. Two cheap goals conceded and you will want to look at Cech and Chamberlain.

The team was so poor that Wenger had to introduce Alexis Sanchez for a bit of luck to see if a draw could be salvaged. The Chilean, who is believed to be resting for the next 10 days had to chill on the bench. The team shortened the rest and the result now is history. It was not to be. Arsenal finished the game with just 3 defensive players after Debuchy and Coquelin had been subbed off to allow for all of Arsenal’s Expendables to save the day.

It was an unusual loud Emirates stadium but the fans will surely feel disappointed that their support had not yielded a goal nor at least a point. 21 shots with just 5 on goal, Westham looked safe. Bilic gave away the Europa League and he got the result he wanted. He even had a 16 yar old in midfield and Arsenal could not just score. Arsenal used all available joker but the good jolly form against the Hammers faded into thin air.

It hurts because it is a game less to finish the league better. The end of the league starts from the beginning and if Arsenal must mount a challenge this season, they must respond in the next game which looks even more trickier – away to Crystal Palace and Alan Pardew.

There is no excuse to today’s defeat. For now, there will be more internal selfies today to re-examine the determination and ambition this season. A 2-0 home defeat is not the best way to start a season.