If there is one week I need to pass away so fast, that week has to be this week. Both club and country had found a way to piece my sides in anguish.

Arsenal’s poor display against Chelsea on Sunday left them 3pts behind Leicester City and thus planted a seed of unbelief among the fans regarding the Premier League title. Worry not, we are still in the race to win it. Our generals are back except Cazorla. Coquelin and Rosicky for the FA cup game against Burnley by weekend. 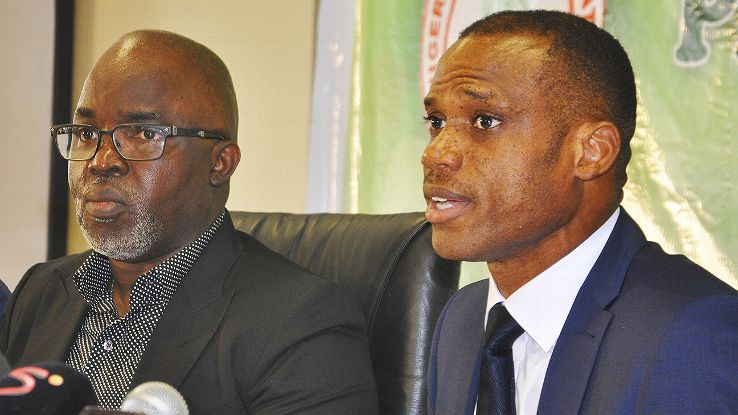 I looked up to the Super Eagles in their bid to qualify for the quarter finals of the African Nations Championship hosted by Rwanda. Nigeria needed just a point but Oliseh chose the “wrongest” time to lose his 1st competitive game. A 1-0 loss to Guinea was excruciating for Nigerians and is surely not the true picture of the 3 years of steady improvement in the Nigerian Premier league.

The Eagles started like a house of fire, scoring 4 past Neighbours Niger, earning $10,000 from the LMC for the flash in the pan. They couldn’t hold up a 1-0 lead to Tunisia, thus sharing the points. One point was all that was needed. Oliseh’s Eagles failed to get any. His credibility is up there for debate. His predecessor, Keshi got to the semifinal. Have we taken 2 steps back? The current CHAN Super Eagles were better than the squad 2 years ago.

It was a Rwandan Disaster as ThatEnyimbaFan posted few days ago. Oliseh have loaned Mourinho’s excuse software – the boys were not motivated, Usman did not train, I am sick, the boys are hungry, I bought food for them, Oil price is low, the dollar exchange rate is not high enough, the stadium is too loud, the NFF is not helping etc. Maybe Keshi was right. Maybe Keshi was treated badly. It is time to look at the administration of the NFF. The records will not keep all these excuses. Nigeria lost to Guinea for the 4th time in 8 games. Shikena.

The week was not all that gloom and doom, I had a couple of silver linings. Nigeria’s Asisat Oshoala have joined the Arsenal Ladies. The 2014 African Player of the year moved from Liverpool Ladies. We wish her the best at Arsenal. Kelechi Nwakali is  also expected to join Arsenal on a 4 year deal. Samuel Chukwueze is to join too. Good news to every Nigerian Gooner.

Maybe I wanted a Stoke City vs Everton final but it will be Manchester City vs Liverpool in the final of the Capital One cup. It may be the only trophy for the winner this season.