I expected some excitement at the stadium of light but the Gunners continued their poor form with a 0-0 draw with Sunderland. Nothing much to worry, the league is mathematically away and the Top 4 Trophy battle is more real than before. At this moment who cares? FT: Sunderland 0-0 North London Red Arsenal 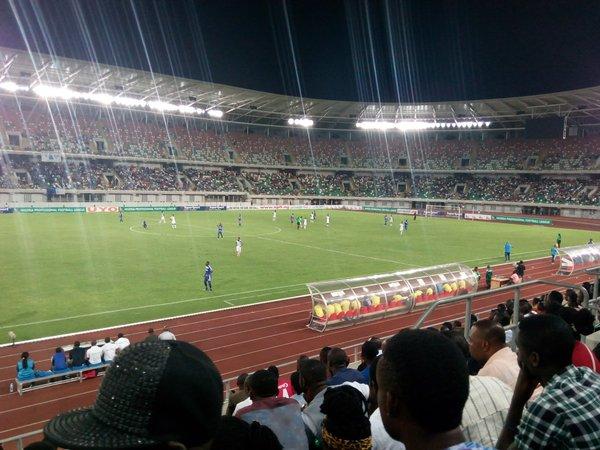 The team most loved by the universe right now are doing the business on the pitch. Without top striker, Jamie Vardy, the Foxes cruised past Swansea to step closer to the Premier League title. It is already one of the best fairy tale ever told, forget Cinderella. With goals from Mahrez, Ulloa (x2) and Albrighton, Leicester City defeated the swans 4-0 at the King Power Stadium. The hungry Foxes are now 8 points clear at the top and need just a win over Manchester United on Sunday to seal the League. Where is Arsene Wenger and his economics?

In the most competitive league in the world, the Nigeria Professional Football League, Kano Pillars hammered Shooting Stars of Ibadan 6-0 in Kano with a hat-trick from Emmanuel Edmund (37′, 58′, 82′) and other goals from Ifeanyi Mattew (11′), Adamu Mohammed (90′) and Nafiu Ibrahim (91′). The visiting Oluyole Warriors conceded 3 goals in the last 10 minutes of the game to amass 21 conceded goals this season – the joint worst with FC Ikorodu United.

According to @OptaNGR, the last teams to concede 6+ goals in the Nigeria League got relegated same season – Crown FC and Nembe City. Will Shooting Stars be relegated? Will Kadiri Ikhana remain till the end of the season? Their away form has been very poor and this 6-0 hammering questions Ikhana potentials to lead Shooting Stars to the glory days. The 2003 CAF Coach of the year will need to perform some wonders to avert the hammer from Shooting Stars.

Meanwhile, it was the first time since 2004 that Kano Pillars will be scoring 6+ goals in the Nigeria League. They defeated Gombe United 7-1 on the last day of the 2004 season in September 2004.

Enyimba FC recorded their first away win of the season with a 1-0 win over hosts Akwa United in Uyo. Christian Pyagbara scored the only goal in the 38th minute to give the visitors an invaluable 3 points. It was his first league goal for the Elephants