The files on my table increased exponentially over the weekend. It stole my regular Monday post but it didn’t take away the results and happenings. 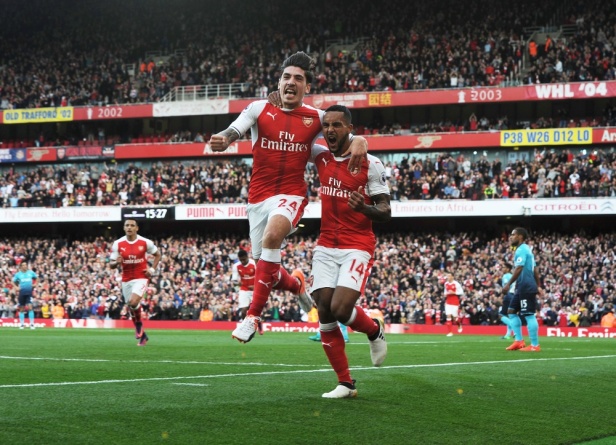 The Swans were always going to be a banana skin at the Emirates but two goals from Theo Walcott set the Gunners on a ride to whitewash the visitors. Xhaka’s mistake at the edge of the box gave Swansea a lifeline before the break with Sigurdsson converting.

It was Ozil’s birthday and Alexis provided a beautiful assist for a beautiful volley. There is no better birthday present than scoring. The Gunners let their 2 goal cushion halved later on and Xhaka saw red for his troubles – his 1st for Arsenal.

The Gunners held on for a nervy finish with Walcott failing to grab his hat-trick after Chamberlain came on with his pace. The win took Arsenal to 2nd on table behind Manchester City only on goal difference. The Citizens missed 2 spot kicks and were held 1-1 at home by Everton. Spurs also played out a 1-1 draw at the Hawthorns.

Enyimba’s hope for a silverware in 2016 ended at the Lekan Salami Stadium in Ibadan. A first half penalty gave Nasarawa United a 1-0 victory and passage to the Federation Cup final. The Solid Miners would meet either Crown FC or FC IfeanyiUbah in the final. Although the latter will most likely be in the final.

For Enyimba, it sums up a disappointing season for the Elephants. They failed to progress from their group in the CAF Champions League, finished 10th in the NPFL and failed to reach the final of the Federation Cup.

The CAF Champions league is all but over unless Sundowns capitulate in the return leg. A 1st leg 3-0 win is almost impossible to overturn.

There was a drab game yester night in the Premier League involving Liverpool and Manchester United. Quite unfortunate in a week of Champions League fixtures.

Sadly, Nigerian footbal lost a defender to the cold hands of death. Izu Joseph, a defender with Shooting Stars, was shot dead by members of the JTF as reported. Despite revealing his Identity card, he was shot again. The shooters even recorded his gasp for live with his phone. Tragedic.