It seems like yesterday that the 2018 World Cup hosted by Russia was the biggest event on earth. France lifted the trophy, clubs regrouped for another season, Ozil retired from the national team and boom… another season is about to start.

The Community Shield marks the beginning of a new season in England and the end of pre-season for the English teams. Pep Guardiola’s Manchester City eased past Sarri’s Chelsea 2-0 at Wembley. Sergio Aguero got a brace. #FPLalert. The Citizens look more likely to retain the Premier League title. 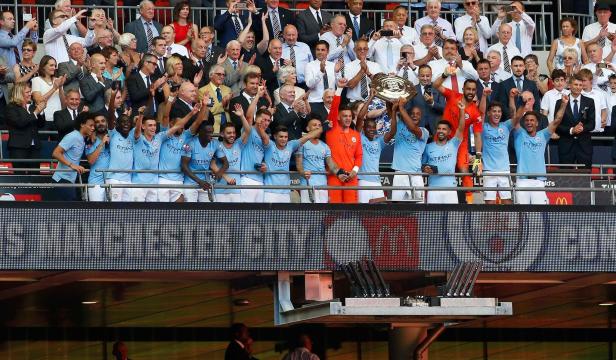 City will begin their title defence with a trip to our dear Arsenal for Unai Emery’s 1st official game in charge of the Gunners. The former PSG coach will then face Chelsea next in a tough start to life in England.

Arsenal rounded up their pre-season games with a 2-0 win over Lazio. Reiss Nelson scored in the 18th minute after Iwobi left footed shot came off the post. Aubameyang scored the second to sandwich the pre-season for the Gunners, finishing as highest goal scorer.

Aubameyang opened Arsenal’s pre-season with a hat-trick against Boreham Wood FC. The Gunners were 8-0 winners.

The International Champions Cup provided Arsenal with some high level friendly. The Gunners lost to Atletico Madrid on penalties after full time ended 1-1. They were 5-1 winners over PSG and defeated Chelsea via penalties to end the tournament.

New boy Matteo Geundouzi was the revelation of the pre-season. He magnets the ball and passes the ball comfortably. Emile Smith Rowe, Reiss Nelson and Eddie Nketiah made notable contributions.

With most of the team back from holidays and World Cup break, Unai would need to choose his best team to get maximum points against the defending champions.

Cech had a good pre-season. He saved a couple of penalties. Very un-cech-like. Will Leno bench him? Looks unlikely.

Rumours have it that Perez will join Westham. I truly wish he stays. We can do well with PEA, Lacazette and Perez. What happens if PEA and/or Lacazette injures? Do we rely on Nketiah? I am not mentioning Welbeck. It seems his Arsenal watch is over.

During the pre-season, Iwobi signed a new contract and we said goodbye to Chuba Akpom. I had hoped he will cut it like his compatriot Iwobi. The London born Nigerian will have to make it in Greece with his Ak47. The JEF also said his goodbyes while Nwakali waa shipped out on loan.

No news yet of Ospina, Campbell et the others. With transfer deadline different from previous years, the next 4 days will be frantic.

For now, get ready for the biggest soap opera on earth. The pre-season is over.

Welcome back – The Premier League.