Mustapha Ibrahim headed Cletus Itodo’s 52nd minute cross into the back of the net to give Plateau United a point at the Lafia Township Stadium yesterday evening. Anas Yusuf had given Nasarawa United the lead in the 43rd minute but the home side, in search of their first win of the season could not see off the game.

It was a Matchday four fixture and the draw in Lafia meant that Plateau United are now unbeaten in nine consecutive Nigeria Professional Football League matches. The run extends back to May 2019 in the 2019/20 abridged NPFL season. When Plateau United defeated Gombe 2-0 in Jos, little did they know that they would remain unbeaten until the fourth Matchday of the following season. Their attention then was to survive the threat of relegation. 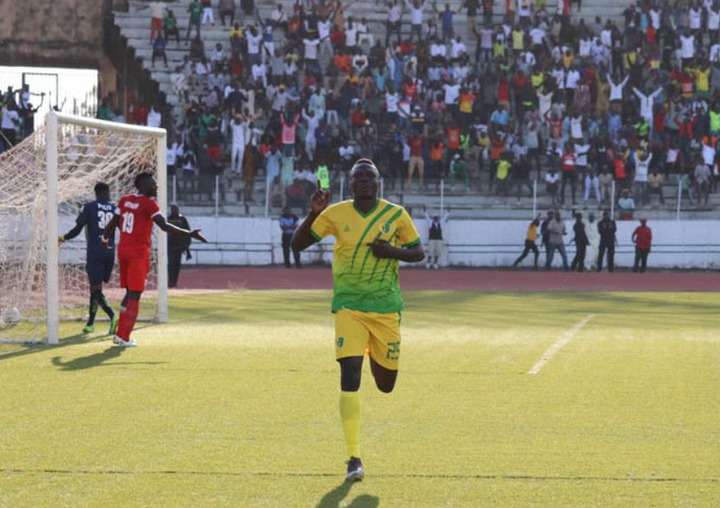 In an abridged football season with little room for error and high chances of relegation, Plateau United followed that 2-0 win over Gombe with a 2-1 win over Nasarawa United on Matchday 19. Just like in Matchday 18, Plateau United missed a penalty in the match. They had to overcome the challenges of those missed penalty kicks to forge ahead and earn the three points.

The Jos based side indicated their intention to survive the relegation battle with a hard fought point picked up at Omoku. Kabiru Umar’s 63rd minute goal ensured that the visitors held Go Round FC to a 1-1 draw.

Amos Gyang was the hero in the fourth game with a goal and an assist to gift Plateau United a 2-0 home win over struggling Yobe Desert Stars. This time around Amos Gyang did not miss from the spot.

Plateau United travelled to Asaba for the last game of the season hoping to avoid defeat. They did their part by holding Delta Force to a goalless draw. Results from other centres on that day favoured the Jos based side. El-kanemi Warriors lost 2-0 to Heartland FC in Okigwe while Go Round FC lost 1-0 at home to Gombe United

The late unbeaten run had saved the 2016/17 NPFL Champions from relegation. They have extended this unbeaten run to this season, winning three of the four matches they have played so far. Can they extend it further?

Plateau United are currently first on the NPFL log with 10 points. They are currently unbeaten in 9 consecutive NPFL matches. Only Abia Warriors comes close with 8 matches unbeaten. Who will beat Plateau United this season? They travel to Asaba to face Delta Force on Sunday before hosting struggling Kano Pillars in Jos on the first day of December 2019.