Rejected Gifts
Anichebe scored a late equaliser on tuesday night against Chelsea and handed Arsenal the chance to return to the summit of the Premier League but the gunners rejected the gift, fluffed their chances and failed to defeat the Red Devils.

There was more joy amongst the Arsenal supporters than the Baggies when Chelsea couldn’t extend their lead on the table to 4pts. The Gunners were expected to beat a poor united side but failed and thus were booed out of the Emirates Stadium after 90 minutes. How many of such gifts will be available in the remaining 13 fixtures?

A Game of Two Young Goalies.
The best chance of the game came as the 2nd minute after Arteta lost the ball to RVP. The Dutch man was alone with Szczesny, he shot but the Pole was well positioned to make a superb save to the relief of the Emirates. Szczesny went further to save a point blank header from RVP with 10 minutes to go. The young Pole was also alert to nod the ball away from RVP when he beat the offside trap. 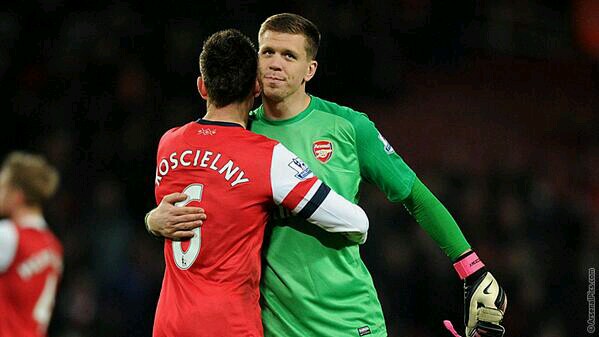 At the other end De Gea kept two late Santi Cazorla shots and collected Rosicky’s deflected shot. Once he was beaten but Valencia was on the line to save Koscienly’s home bound header.
For the two sides, they both deserve to be Men of the match. Good assets.

Tick Tock Giroud
This is Giroud’s 2nd Arsenal season and much is expected. In recent games, he has been woeful and have failed to deliver. Last night he had 3 chances to head in after beating Vidic in the air but all were wide. None even came close. His best chance came when he needed to just touch Sagna’s cross but the frenchman disappointed. His pacelessness makes him disadvantaged and thus can’t get onto any through pass. 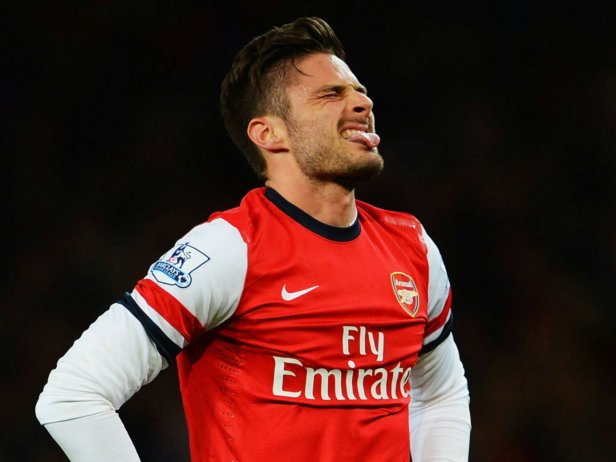 The fans would continue to moan over the failure of the club to buy a striker in January but the time is ticking for the frenchman. He can be a flick lord but couldn’t even get a shot on target. It is high time Wenger looks at Bendtner because he would have surely converted one of those chances.

Others: Ozil, Gibbs and Clean Sheets
Ozil put up a much better performance last night, his best against the big clubs. He worked hard for the ball, won tackles and controlled the ball well. Time without number he had no one to run in for that killer pass.

Gibbs returned to the team stronger and much better than Monreal. The confidence he showed was an opposite of Monreal’s positional dysfunction.

Another clean sheet at the Emirates thanks to Szczesny and Koscienly.

Our failure to get full points in our last two games have brought Liverpool back in the title race. They are just 3 points behind us. We are a point behind Chelsea.

It is 2 points lost last night and it is shameful that Arsenal could still not beat a poor United. No goals scored against them in both games of the season.

With mixed feelings, we await Liverpool on Sunday for the FA cup. The beginning of the end.