It was a scrappy win but the three points were and are truly appreciated. It was a game where everything was average such that the smallest spark will burn out three points for one team. 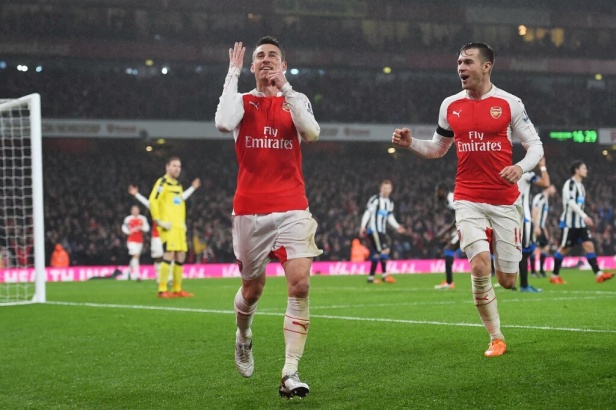 Lauret Koscielny scored a close range winner from a corner to give Arsenal the lead and ultimately the win after 72mins. It was a game where Cech kept Arsenal in the game. The manager had this to say about the Czech international:

If Cech goes on like that he will add a few more clean sheets to his record because he has shown he is real top, top class. When you achieve a record sometimes in the next game you relax a little bit and to not lose concentration and to still turn up with two quality saves in the first half and second half was huge for us.

It was a game where few chances were created by Ozil. The German have now failed to score or assist against Newcastle this season. The gunners scrapped the win and the manager summarized had some words:

It was hard work but we prepared ourselves mentally to work hard and to earn the right to win the hard way. We won, we were not at our best today and we know that. We had to dig deep.

Our legs were heavy today, I must say. Overall we were tested against a team with a lot of technical quality and our fluency was not there and our movement was not there. Our motto was try to stick together and win the game how we can. The mental aspect of our team and our defence mentality was tested today rather than our quality going forward.

It is Monday morning, the 1st working day of the New Year. Time to check those mails. Enjoy your day.