After courting for so long, Arsenal finally announced their second signing of the transfer window:

Alexandre Lacazette has agreed to join us on a long-term contract, for an undisclosed fee.

The long-term is believed to be 5 years and undisclosed at €53m.

Alexandre Lacazette has signed a 5yr contract to become Arsenal's record signing, joining from Lyon in a deal worth €53m rising to €60m #AFC

He will join the team in the preseason tours. Will he replicate his previous goal scoring form with the Arsenal? The Premier League has its peculiarities.

His arrival may signal the exit of one of the strikers. What now happens to Welbeck, Giroud, Perez, Walcott, Akpom etc.? Expect at least one of them to say goodbye to Arsenal this transfer window. Perez?

Left back? Added. Striker? Added. Next? 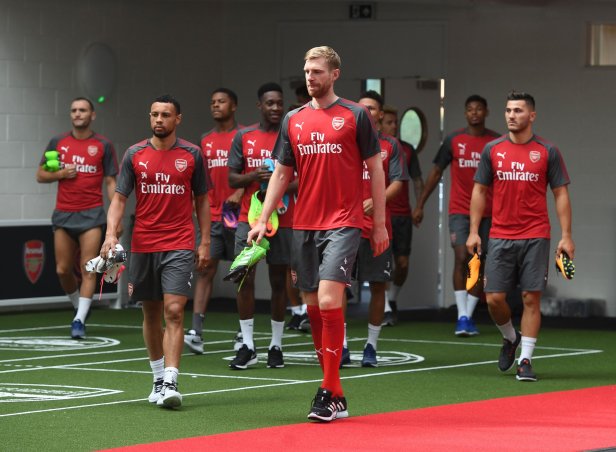 The preseason is on. Let’s do this. I love this training kit.