Waking up this morning required a lot of determination. Weighed by the late night dinner and get-to-together in a “relaxing” arena around Ikoyi, it was imminent that my alarm had to do the honours of taking me off my bed if I am to be at the office today. Arriving home late didn’t stop me from continuing my season on my FIFA with the PS4 console. Arsenal had beaten Real Madrid 4-0 at the Emirates in the 5th game of the UEFA Champions League. 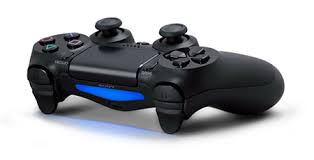 With the little matter of facing Sporting Lisbon in Portugal, I opted to play a weakened side. This was my line-up: Martinez, Bellerin, Chambers, Gabriel, Pleguezuelo, Bielik, Chamberlain, W. Silva, Rosicky, Kokorin and Ahmed Musa. We struggled to a 2-0 victory. You could see my love for Rosicky, my belief in Bellerin & Bielik and my green heart in Ahmed Musa. Fantasy – if only it was real. The reality is that Arsenal are out of the Champions League.

Last night, in my tiredness, i didn’t feel unhappy as  Manchester United and Tottenham were knocked out of the Europa League. Coutinho did a “Messi” over De Gea as Liverpool knocked the Red Devils out. They have the Europa League experience – What do you expect. I heard LVG brought in two full backs when he needed 3 goals. This morning tea is sweet.

Four matches will make my tomorrow:

The Gunners attention will be on the Premier League and the 11 points they will need surmount if they must win the title, starting with an away trip to Liverpool to face the Blue half. No long stories, 3 points is needed. Wenger has to perform some jazz to bring out the best from his available generals. A couple of assists from Ozil, clean sheet for Ospina and maybe a dose of Iwobi to brighten my green heart. Beware of Lukaku – You can ask Chelsea how they got knocked out of the FA Cup. The Gunners must pick themselves up. Move On.

Last weekend, Enyimba had 5 cups of Vital’O beverage and have travelled to the factory to see how much more cups they can drink. The Elephants have a 5-1 lead and Vital’O will need some metaphysical powers to defeat Enyimba 4-0 in Burundi. When was the last time Enyimba conceded 4 goals in the continent? The Peoples Elephant have conceded more than 3 goals twice in their Champions League history – (2002 2nd Round: Asec Mimosa 4-1 Enyimba; 2003 Group stage: Ismaily 6-1 Enyimba) . NB: Enyimba made their CAF Champions League debut in 2002

I am waiting for a miracle in Sudan. Warri Wolves lost the first leg 1-0 in Warri and will need to win Al Merrikh to progress to the second round. It is surely not the debut the Seasiders hoped for.

The boss is here. See you tomorrow.