Last night Manchester United lost the opportunity to leap frog Manchester City to the top four after a 3-2 defeat to West Ham at the Upton Park. The victory for the Hammers secured Arsenal’s top 4 position and guarantees Champions League football. Arsenal should finish above 4th unless something extraordinary happens against Aston Villa on the last day. 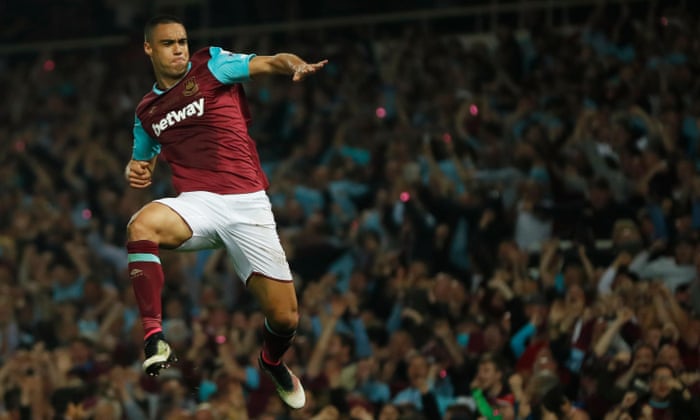 So we had a wish list on last weekend. Let’s go through it.

0 – No more injuries. It is unfair to miss the Euros.

Welbeck hobbled off injured and will miss the Euros. Sad stuff.

1 – A goal from Francis Coquelin. Isn’t he the only outfield player yet to score in the team?

The probability of this coming to pass is heading towards the zero. Le Coq is now playing second fiddle to Elneny. He even featured for the U21 yesterday. One more game but very unlikely.

2 – Two clean sheets for Cech to get the Golden Glove.

No clean sheet against Manchester City. Poor goal keeping. He can have half of it though against Aston Villa unless Wenger decides to play Macey.

He didn’t feature at the Etihad. Can he do it against Aston Villa? hmm.

4 – Fourth Man of the Match award for Alex Iwobi – My Nigerian gooner.

Giroud (1), Alexis (1). Three more to go. At least, the Frenchman had one last smile after so many games with no goals.

7 – Jersey number 7 on the pitch for one more time and one last goal. I have loved no other footballer than Rosicky. He is Football.

Hopefully he makes the bench on the last day.

8 – Jersey number 8 with his perfect hair on the pitch as farewell.

One step in. One more stutter from Spurs.

10 – At least ten sweet passes leading to the final goal of the season.

Away from my Arsenal wishes, there will games in the Nigeria Professional Football League today. Champions Enyimba travel to Lagos to face MFM FC of Agege. Table toppers Rangers are away to Sunshine Stars in Akure. There is a northern derby in Maiduguri between El-Kanemi Warriors and Kano Pillars.